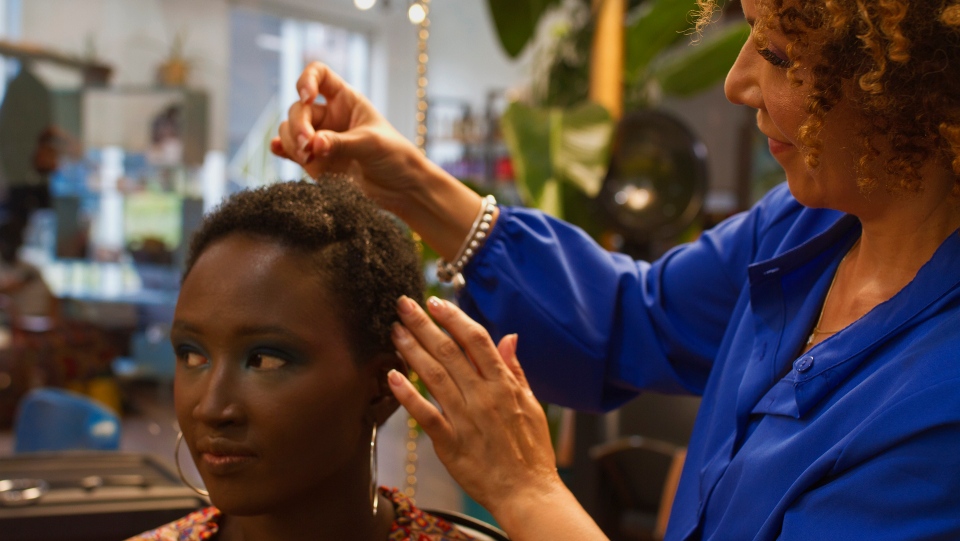 Falaise told CTV News she wants women of colour to be treated equally. Her mission comes from her own personal experiences, along with those of other Black women, she says.

A recent trip to a big Montreal hair salon, for example, left her frustrated after she was told no one could style her curls.

“This hair salon has 35 stylists. Thirty-five. And when I went in, everybody was looking at my hair,” she said.

“Now I’m grown. I’m a woman. I’m very secure with myself, so I didn’t take it to heart, but imagine you were a 14-, 15-year-old girl and you were wanting to get your hair done to go back to school or for an event and you walk in and people are looking at you like you’re an alien,” she said.

Born to a Haitian father and a French-Canadian mother, Falaise has come to appreciate everything her eye-catching curls symbolize about her identity, but being comfortable with her roots didn’t always come easily. As a little girl, she struggled to fit in.

“It was a time in my life where having curly hair and being biracial… I just didn’t feel comfortable, because no one looked like me and everybody was mean to me because I was different.”

Now 45 and the owner of a successful business, Falaise radiates self-assurance. But she admits the trauma of being bullied in her youth hasn’t completely gone away. 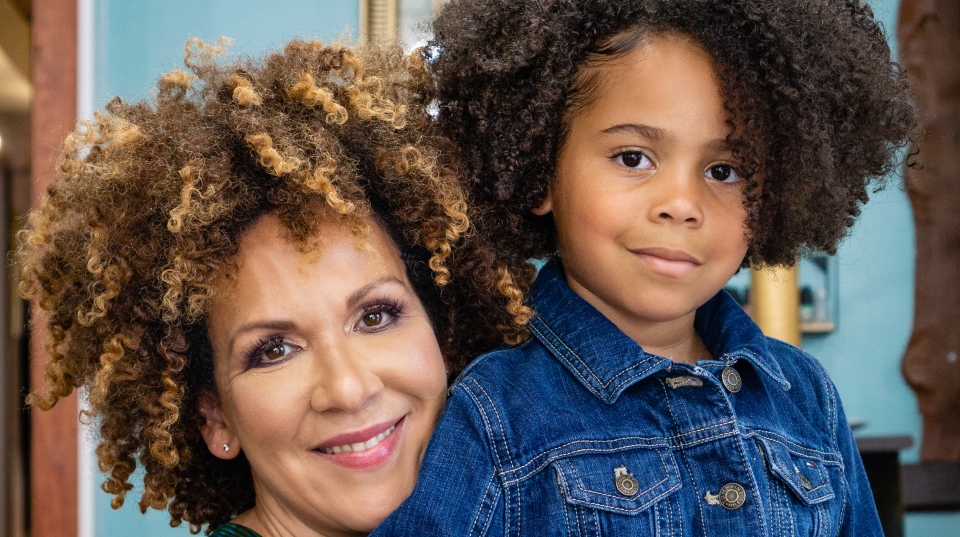 “Every now and then, how it affects me is when I see young girls going through the same thing, and it just brings me back on those days where I used to come back home and ask my mom, ‘Please, mom. Please let me straighten my hair,’” she said.

For years throughout her adulthood, Falaise used chemical relaxers to alter the texture of her natural hair, feeling she was more attractive when her tresses were straightened.

It was a breast cancer diagnosis, aggressive chemotherapy and confronting her own mortality that marked a turning point, she said. Facing death changed her perspective on life.

“I lost everything — my hair, my eyebrows, my lashes. Every single piece of hair on my head was gone,” she said.

That’s what it took, she added, “for me to understand, and to look in the mirror and say no matter what comes back, you’re beautiful. And when my hair came back and I saw the curls, I was like, ‘Wow.’”

But when Falaise went to hairdressing school in Montreal in the 1990s, the only thing she learned about Black hair was how to chemically straighten it. 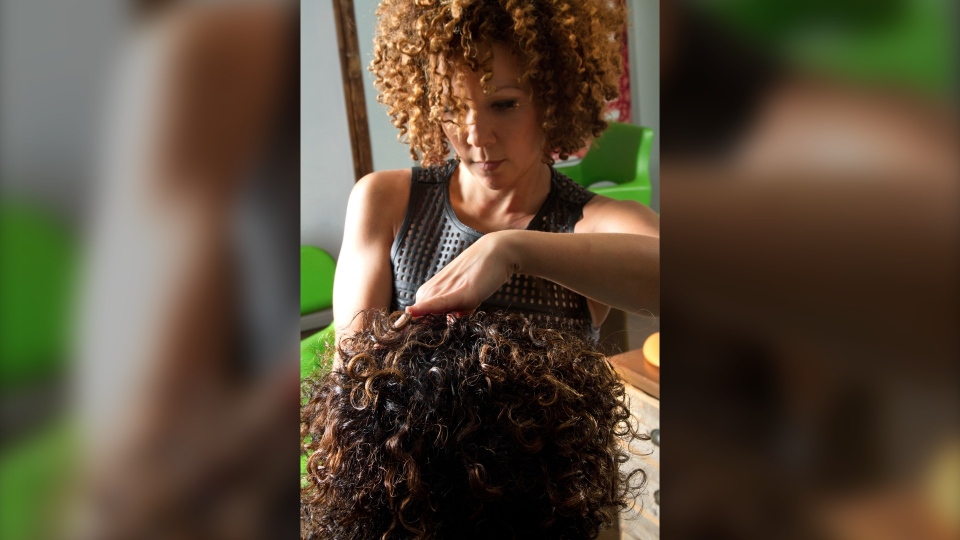 “Everything else that I learned about Black hair, I learned it in New York City. I didn’t learn it here,” she said.

And, decades later, not much has changed at Quebec hairdressing schools.

That why she launched a petition calling on the Quebec education ministry to make changes to the basic hairdressing curriculum.

She’s collected more than 10,000 signatures so far, and she’s received support at the National Assembly from Liberal leader Dominique Anglade.

“I think it’s a good idea, because you’re going to provide the opportunity for somebody to learn more about different hair types, and I think it creates a more inclusive atmosphere for everybody,” said Anglade.

Anglade, also of Haitian descent, is the first Black woman to lead a major political party in Canada.

She said she alternates between straight and curly hair, depending on the season and what’s most practical. She’s gotten positive comments when she has shown off her natural curls, she said, but she knows it’s not that way for all working women of colour.

“I really don’t see it that way, and I think people are a lot more open than they were before.”

In a statement to CTV News about Falaise’s petition, the education ministry wrote that the issue is now on their agenda.

“Vocational training centers have all the latitude they need to add concepts that they consider essential to the teaching of this profession,” the ministry wrote.

“Note that the review of the curriculum is scheduled for the coming months. It is expected that the concepts raised in the petition will be taken into account when producing the new hairdressing curriculum.”

Falaise said changes to the curriculum are long overdue and would benefit women from a variety of cultures.

“There’s also all the Latinas, there’s also the women of Arabic descent, and it’s also very biracial here. A lot of people, whether they’re Black, white or brown, have curly hair,” said Falaise.

Teaching about different hair textures should be considered essential, she added.

“Curly hair is not a mad science, you know. It’s very simple, if you have just a few little basic tricks — it’s just as easy as straight hair.” Lorem Ipsum is simply dummy text of the printing and typesetting industry. Lorem Ipsum has been the industry’s standard dummy text ever since the 1500s, when an unknown printer took a galley of type and scrambled it to make a …

Lorem Ipsum is simply dummy text of the printing and typesetting industry. Lorem Ipsum has been the industry’s standard dummy text ever since the 1500s, when an unknown printer took a galley of type and scrambled it to make a …

< class="title">This payment solution is provided by Paypal, But you can register using a credit card without opening a Paypal account.

If you are encountering problems with payment please call 514-737-5200 for immediate assistance.

Not a member yet? Register now

Are you a member? Login now